RCMRD successfully trains over 5,000 staff from Ethiopia’s Ministry of Urban Development and Housing 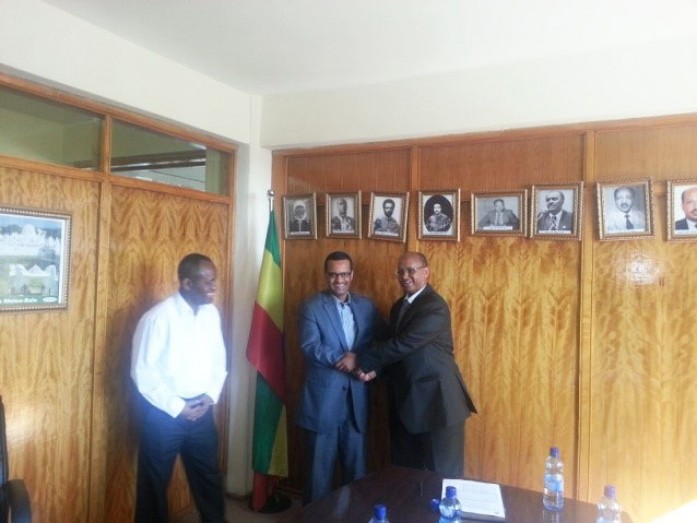 Dr. Hussein Farah, the Director General of the Regional Centre for Mapping of Resources for Development (RCMRD) handed over the final report of an ambitious capacity building programme to Ethiopia’s Minister of Urban Development and Housing, H.E. Mekuria Haile on 23rd December, 2015. The programme trained and certified 5,968 staff of the ministry and local governments in cadastral surveys, land registration, urban planning, land and property valuation and land information systems. 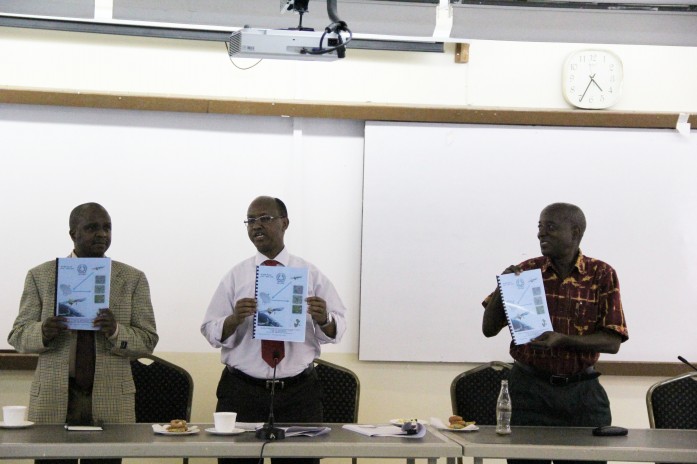 The Regional Centre for Mapping of Resources for Development (RCMRD) launched its 2016 Work Plan on 21st December, 2015 at its premises in Nairobi, Kenya. The event was attended by the Centre’s management and staff. The 2016 Work Plan is the second annual plan for the implementation of RCMRD’s four year Strategic Plan 2015-2018. The Strategic Plan outline’s the Centre’s Vision, which requires the Centre, its stakeholders and partners to stretch their future expectations, aspirations and performance. The Strategic Plan also outlines RCMRD’s Mission statement that expresses its fundamental purpose and business. 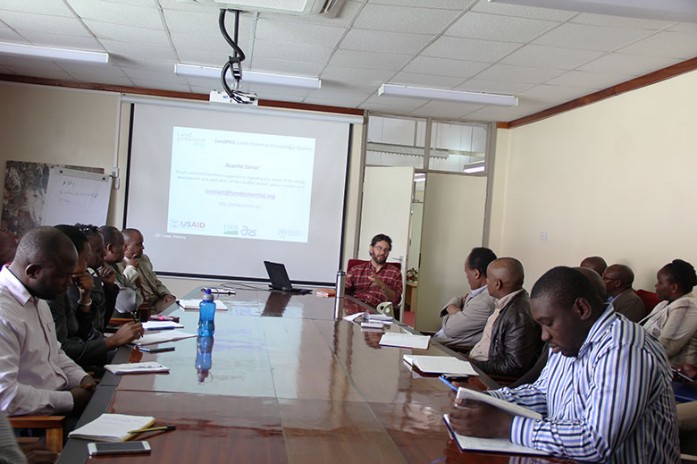 In the last two years, RCMRD/SERVIR has played an important role in the Land Potential Knowledge System (LandPKS) project by providing geospatial datasets, validating model inputs, testing mobile applications, working with African collaborators and stakeholders and promoting the use of LandPKS applications through National Agricultural

Vice Minister, Ministry of Land and Resources of the People’s Republic of China Visits RCMRD 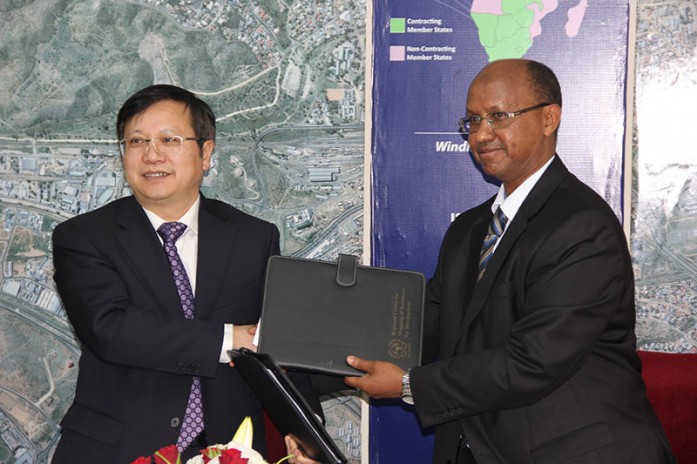 A delegation from the People’s Republic of China led by Mr. Kurexi Maihesuti, Vice Minister, Ministry of Land and Resources and Director General, National Administration of Surveying, Mapping and Geoinformation (NASG) visited the Regional Centre for Mapping of Resources for Development (RCMRD) on 22nd December, 2015. The Minister was received by RCMRD’s Director General, Dr. Hussein Farah on behalf of the Centre’s management. 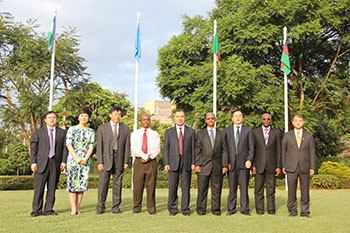 A Memorandum of Understanding (MOU) was signed between RCMRD and the National Geomatics Centre of China (NGCC). The MOU is meant to establish a platform to facilitate and coordinate cooperation between RCMRD and NGCC in areas of mutual interest with regard to mandates and objectives of the two institutions and specifically, promoting sustainable development in Africa through the use of Geoinformation technologies.