The objective of the Land Cover Maps Analysis and Evaluation was to build in RCMRD the capacity to fully satisfy regional needs for annual land cover change information through innovative use of the Landsat archive and engagement of local stakeholders to develop reference data. The goals of the project that started in 2017 in partnership with RCMRD were: (1) Allow regional partners of RCMRD to define and calibrate their own classification system; and (2) Enable RCMRD to produce and validate land cover change maps addressing partner needs.

To fulfill these objectives two previous training and visits to the East Africa regions have taken place. During the first training in Uganda in January 2017, the SERVIR Hub institution (RCMRD – the Regional Centre for Mapping of Resources for Development was trained in the use of the tool “TimeSync,” to collect reference data. RCMRD team with representatives from all the 7 countries collected reference data, and at the end of Year 1, statistical estimates (with uncertainties) of land cover change going back to 1999 were produced for the seven countries: Kenya, Malawi, Ethiopia, Zambia, Tanzania, Rwanda, and Uganda. 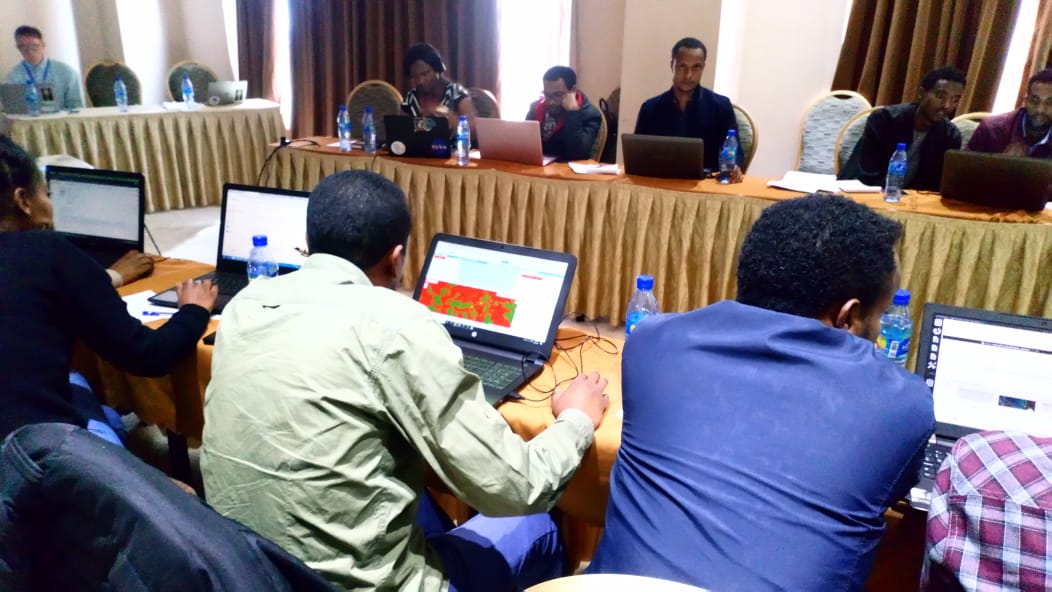 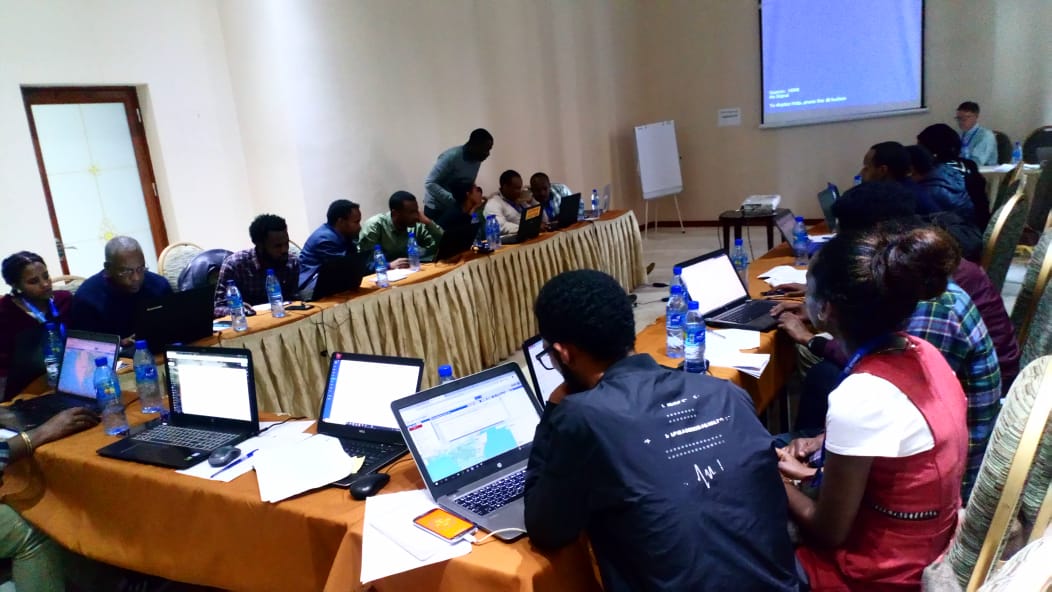 During the second training in Kenya in March 2018, RCMRD representatives were trained on statistical estimation methods by the Boston University and in the use of the Google Earth Engine platform to generate land cover change maps. This training exposed the team to the cloud-based approach that they will be using to replicate remote sensing product reducing efforts related to archiving, pre- processing, and storing satellite information.

Maps of land cover change for the seven target countries were created during year 3, using different algorithms including LandTrendr, and the Change Detection and Classification (CCDC) algorithm. Calibration and validation of these ensemble maps will be supported by the same sample of Landsat-based reference data.

The purpose of the visit was to discuss with RCMRD and the three of the member countries results obtained by running the CCDC algorithm in GEE to generate land cover change maps for the three countries. The discussion touched on all aspects of the project, from reference data collection, revision of classifications, and generation of land cover change maps.