The Regional Centre for Mapping of Resources for Development (RCMRD) is among the eight consortia include were invited to attend the award and Kick-off ceremony for second Phase of GMES and Africa underway in Cotonou, Benin between March 14 to 18, 2022.

RCMRD) based in Nairobi, Kenya, Centre de Suivi Ecologique (CSE) based in Dakar, Sénégal, Council for Scientific and Industrial Research (CSIR) in Pretoria, South Africa, IGAD Climate Prediction and Applications Centre (ICPAC) based in Nairobi, Kenya, Observatoire du Sahara et du Sahel (OSS) in Tunis, Tunisia, Southern Africa Service Centre for Climate Change and Adaptive Land Management (SASSCAL) based in Windhoek, Namibia, the University of Ghana (UoG) based in Legon, Ghana and the International Commission of the Congo-Oubangui-Sangha Basin (CICOS) based in DR Congo. The eight consortia are distributed across the five (5) regions of the continent, altogether representing over 120 National and Regional institutions.

The kick off ceremony was attended by Benin Republic Government representatives, Regional Economic Communities, AUC and EC officials, GMES and Africa team, selected consortia for the phase 2, and other stakeholders; the private sector service providers, scientists, and academic institutions as well as media, non-governmental organisations, and civil society.

The Global Monitoring for Environment and Security and Africa (GMES and Africa) is one of the African Union Commission (AUC) flagship programmes through the Human Resource, Science and Technology (HRST) Department, co-financed by the European Commission and AUC. The GMES and Africa programme was borne out of the intention of both continents to move beyond a donor/recipient relationship towards long-term cooperation on jointly identified, mutual and complementary interests.

The pan-African programme serves to strengthen and further develop infrastructure for more coherent exploitation of EO data (space and in-situ), technologies and services in support of the environmental policies for sustainable development in Africa; and African, Caribbean and Pacific Group of States. In addition, the GMES and Africa also utilise the Copernicus Earth Observation Programme data and services for use in the African context to respond to African needs concerning the development of water services and natural resources.

GMES & Africa is a continent-wide initiative on Earth Observation resulting from the longstanding cooperation between Africa and Europe. The first phase was concluded in 2021, and the second phase is led by eight (8) consortia distributed across the five (5) regions of the continent, altogether representing over 120 National and Regional institutions. 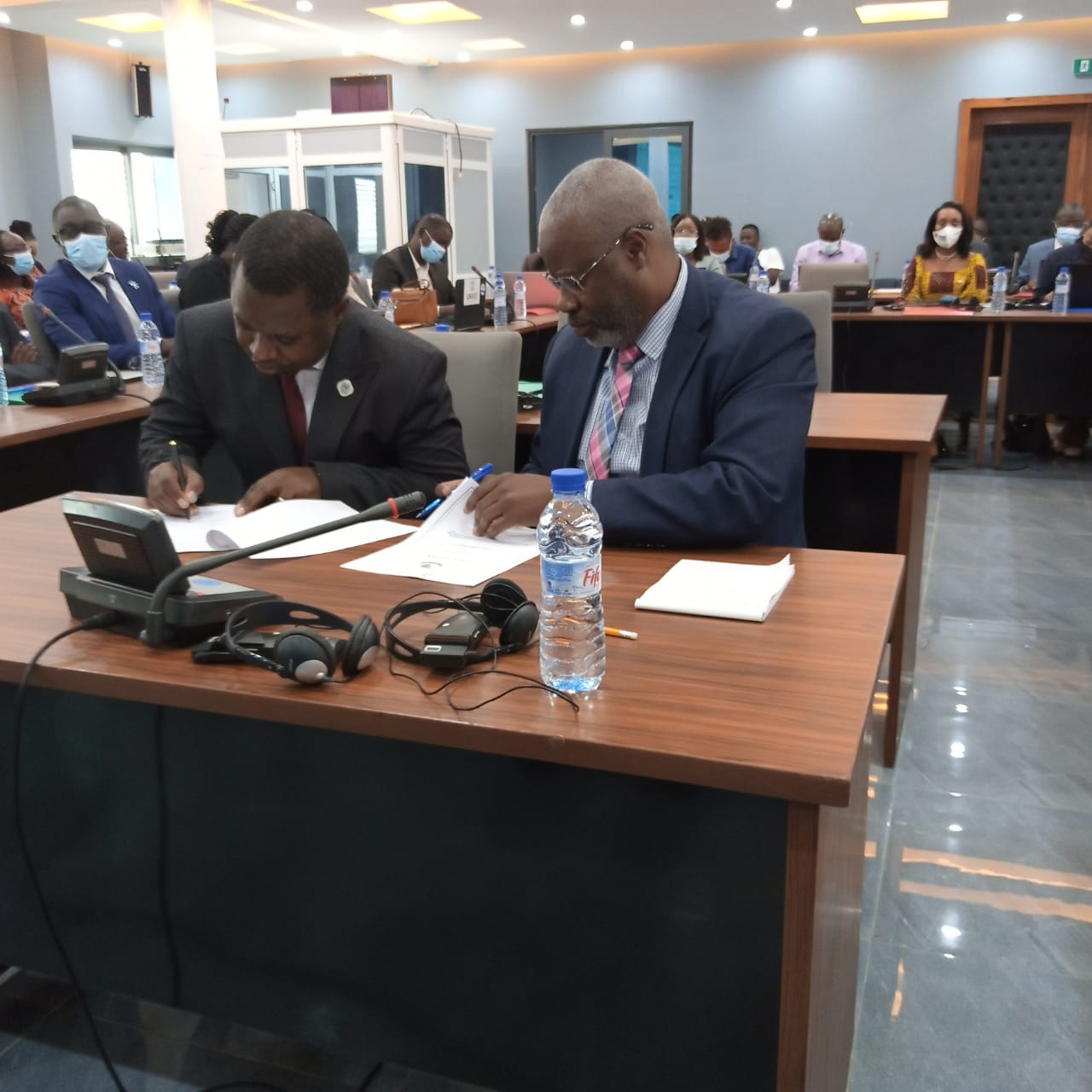 Caption: An AUC official and RCMRD Director General Dr. Emmanuel Nkurunziza signing the agreement that officially awarded the Consortium a grant to implement the second phase.

The second phase continues to focuses on the two services: 1) Management of Water and Natural Resources, and 2) Marine and Coastal Areas Resource Management. The two Workshops are interactive and engagement platforms for African women to contribute and showcase their skills and abilities in Earth Observation Sciences. Your participation and contributions in the workshops are highly desired. 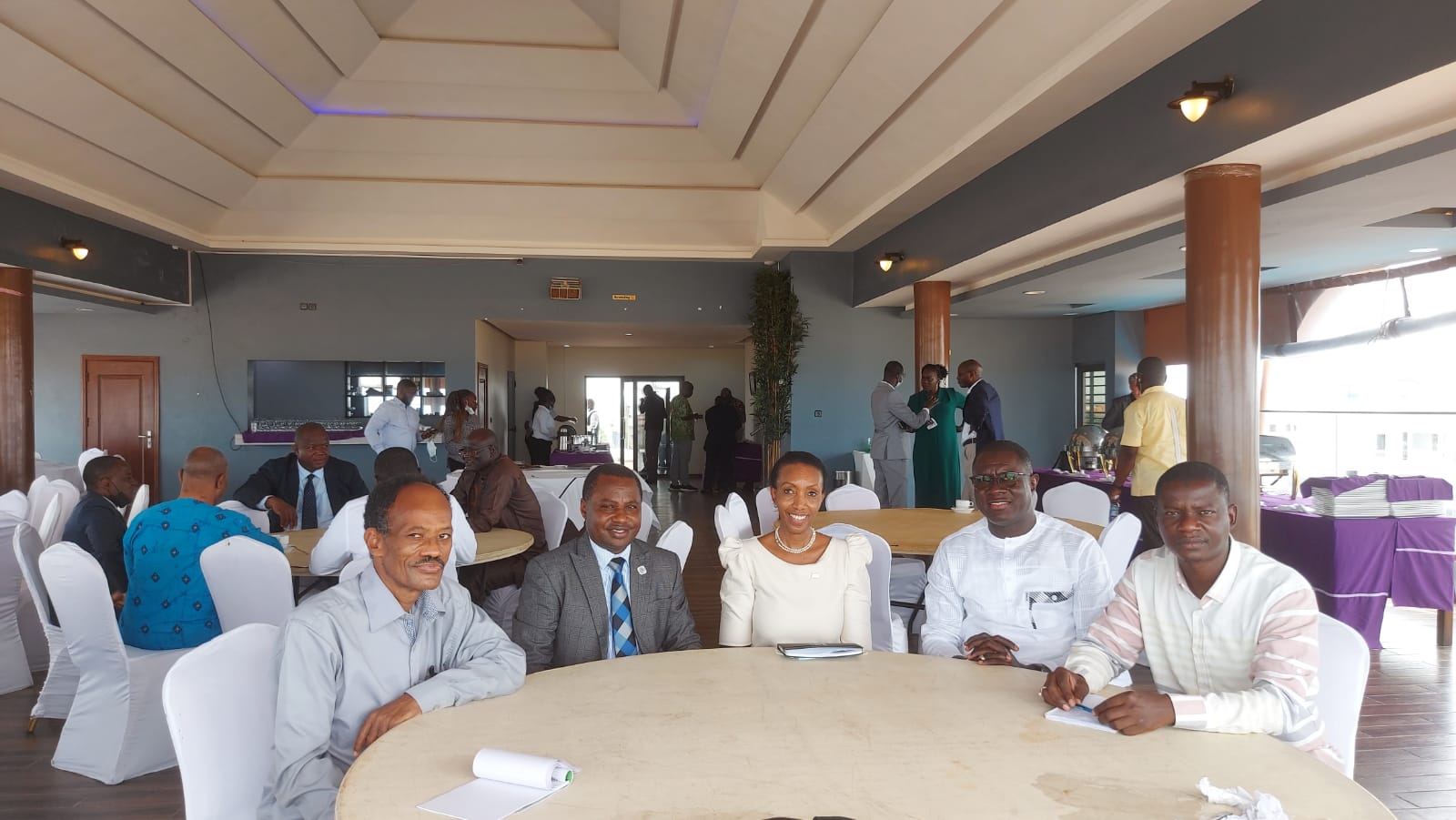 Caption: Some heads and team leaders of consortia at the Kick off workshop held in Cotonou, Benin.

In this regard, the GMES and Africa organised an award and kick-off ceremony that recognised the efforts of selected consortia for the implementation of the GMES Phase 2 Programme; described the GMES and Africa Phase 2 Action, and review its Implementation Plan; provided visibility and strengthened the GMES and Africa brand and enable the awarded consortia to discharge their contractual obligations effectively and efficiently through understanding GMES and Africa; Africa description of action, finance, procurement, grant management in line with the AUC policies, rules, and principles as well as alleviate potential drawbacks in implementing the grants that could arise due to limited understanding of the grants management system on the part of consortia. 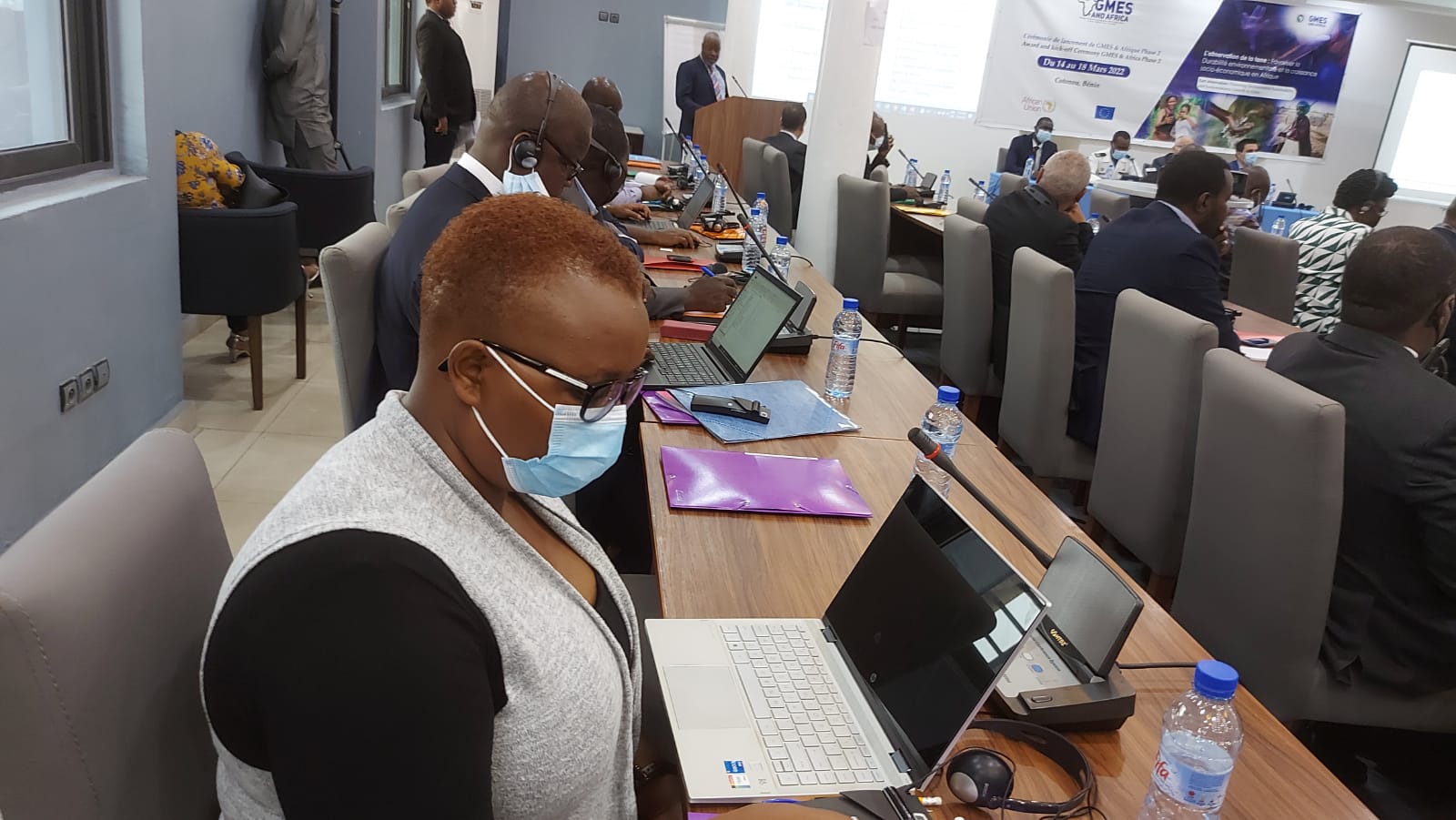 The AUC also convened a workshop for women in earth observation domain including those involved in the implementation of GMES & Africa services. The following are the objectives of the group: formalization of a working group for women and development of strategies and roadmap for women involvement at the level of GMES and Africa, creating gender parity and inclusivity in space technical domains, create a platform for women to express themselves and to highlight their needs in terms of EO science, technology, education and employment as well as women to share knowledge and best practices and showcase their achievements. 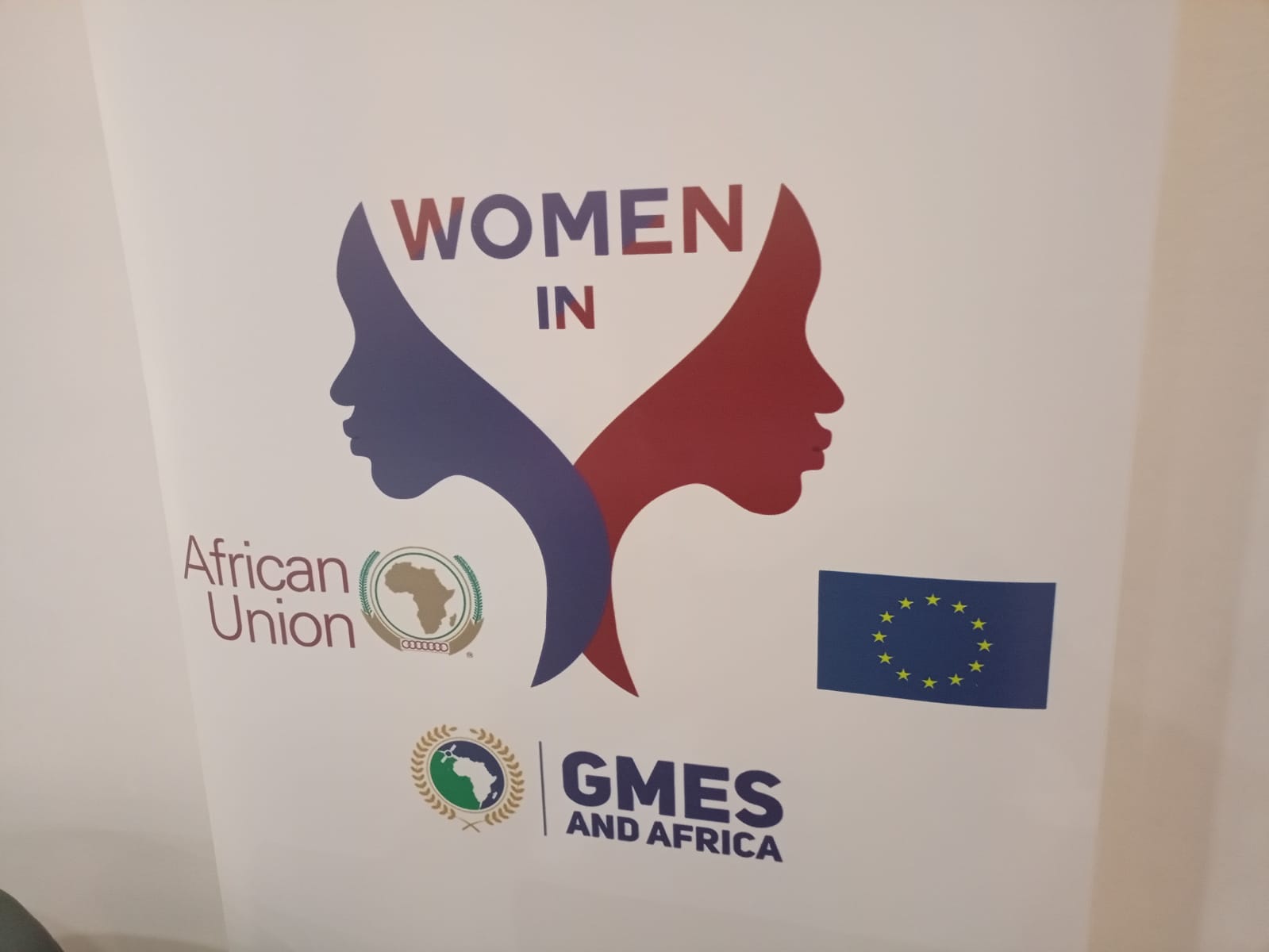 Caption: The banner for the women in GMES and Africa meeting held in Cotonou, Benin.