As we walked into Giraffe Centre we were greeted by the towering forms of giraffes eating from the hands of human admirers. A raised platform that allowed us to interact with them at head height or we were able to stand at their feet and marvel at their lofty heights. Pellets of corn, wheat, grass and molasses were handed to us and the Giraffe gracefully took from our hands. 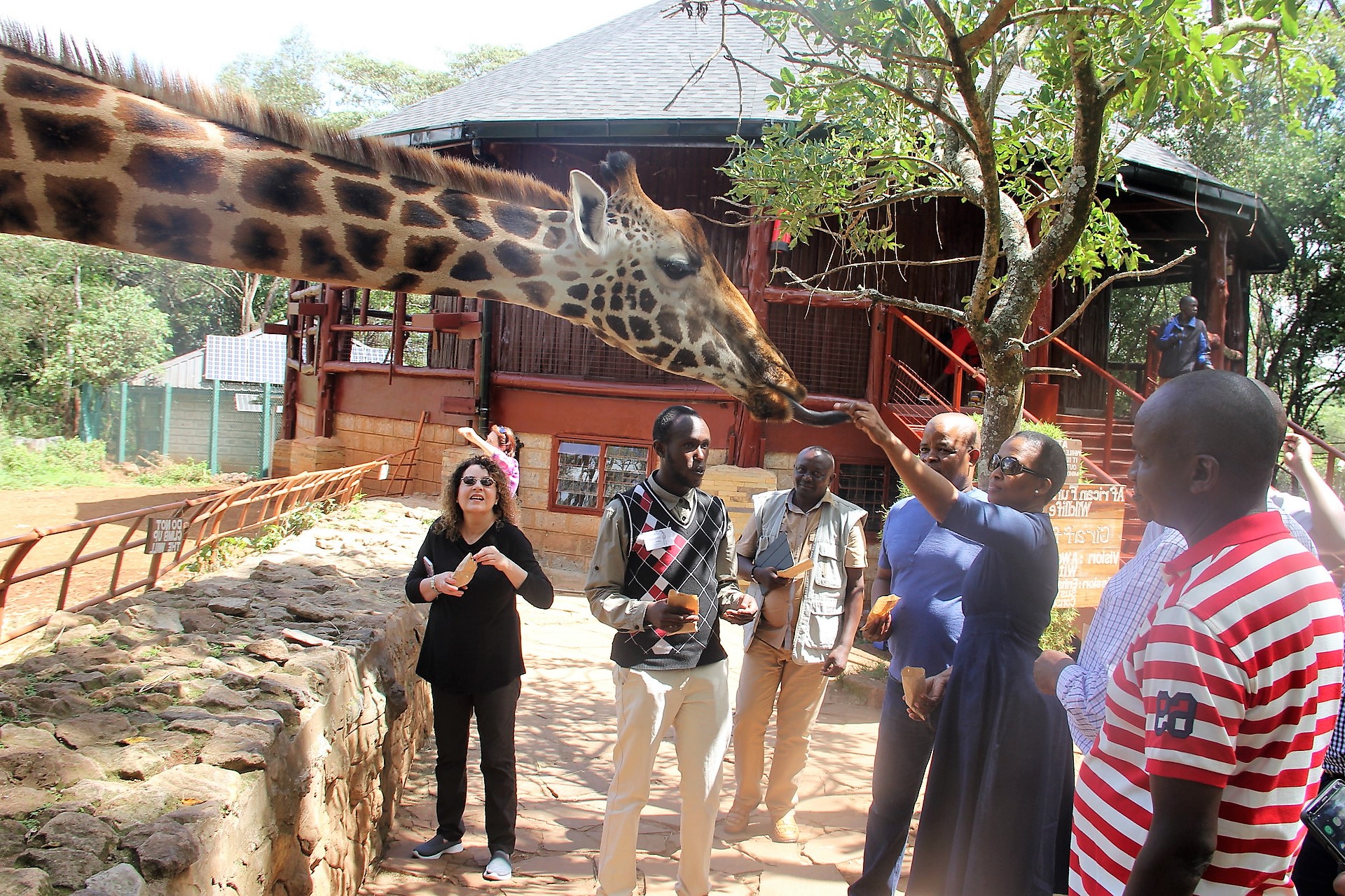 The African Fund for Endangered Wildlife Kenya (A.F.E.W.) also known as the Giraffe Center owners are the idea behind this non-governmental, non-profit organization founded in 1979. This idea was a noble endeavor to save the endangered Rothschild Giraffe which had lost its natural habitat to agriculture and human settlement. There were only 130 left in the wild. The giraffes were moved to Lake Nakuru National Park, Mwea Game Reserve, Ruma National Park and Nasalot Game Reserve. The Rothschild Giraffe population in Kenya has to date increased to more than 500. AFEW commonly known as the Giraffe Centre, located in Langata, Nairobi, is a non profit organization whose main objective is to provide conservation education to school children and the youth of Kenya. 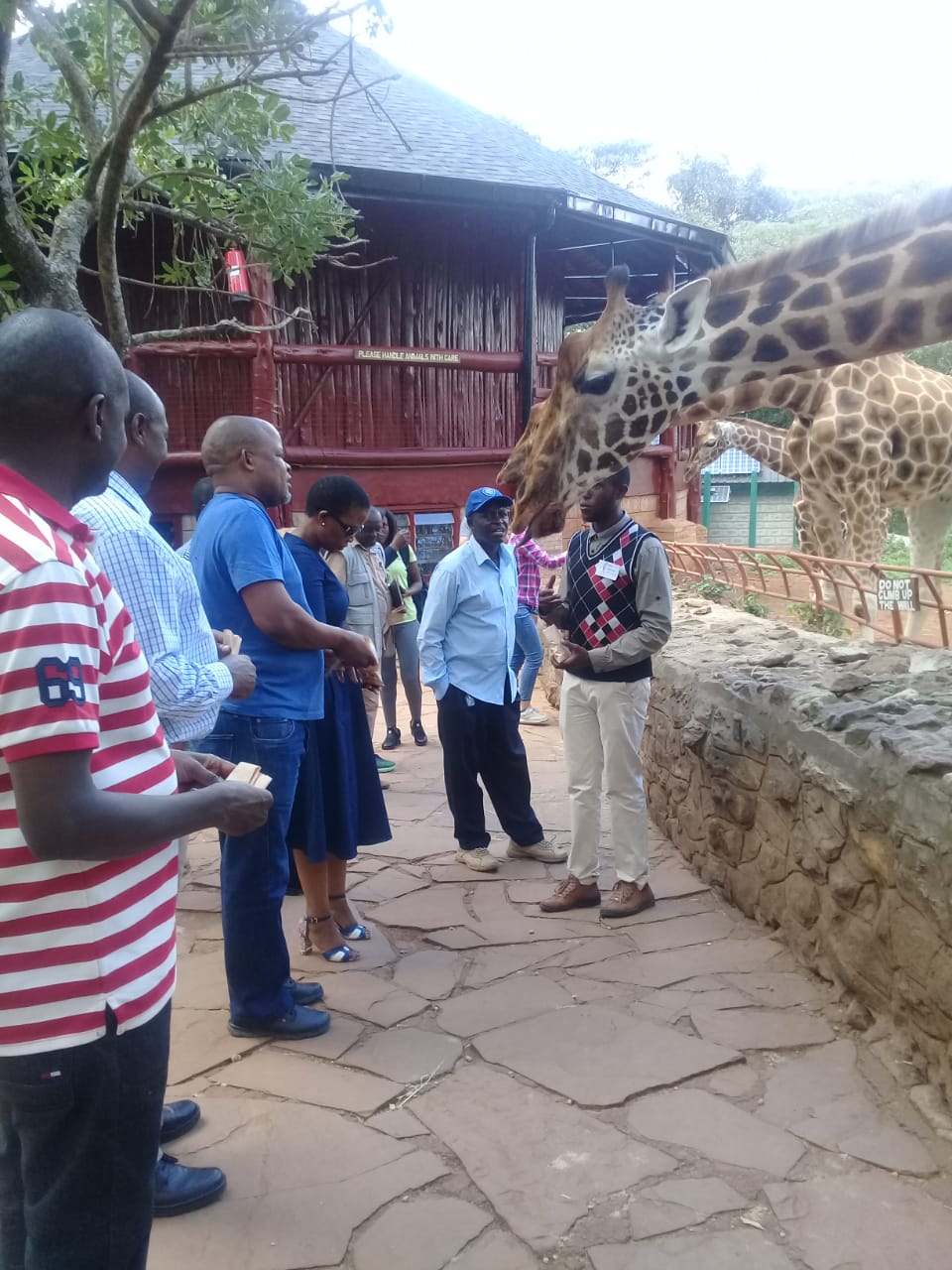 The team also visited the Giraffe Sanctuary whose entrance is opposite the centre. The sanctuary stretches all the way right to Nairobi National Park. Separated by Magadi road. It is home to many different species of bird and loads of warthogs. Our guide informed us that we could wander down to the Gogo River or view the Ngong Hills from the viewing platform. The many warthogs live in deep black holes, so he told us to be wary. In addition, the odd hyena, leopard and even lion makes its way into the sanctuary. Whereas the sanctuary is cleared if a lion is around, it adds a certain adrenaline rush.