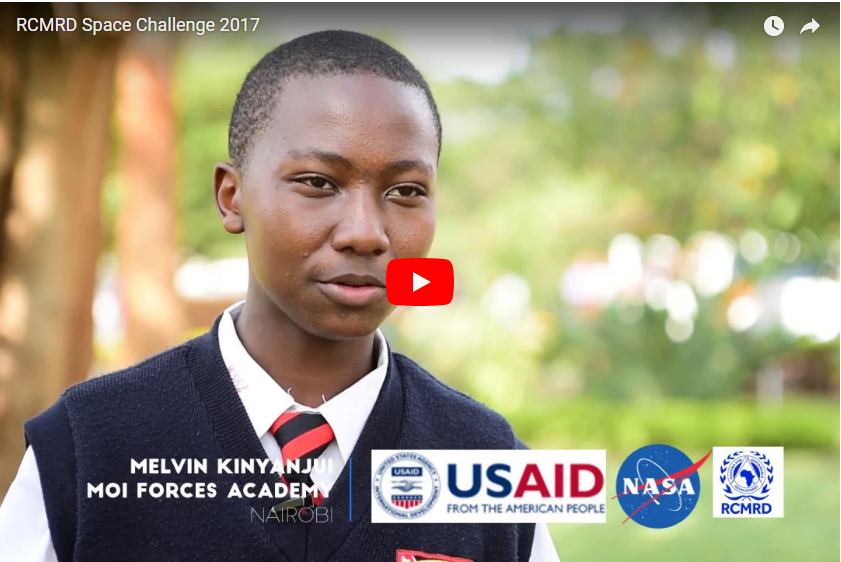 The RCMRD Space Challenge 2017 Awards Ceremony was held on July 7, 2017, at the Regional Centre for Mapping of Resources for Development (RCMRD) in Nairobi, Kenya.

The challenge was in three parts: orientation for teachers, installation of automatic weather stations in select schools, and recording of data on three parameters. Every day, groups of students observed and recorded weather data such as the temperature, wind, and humidity. Each student was expected to record the weather data on their own data sheets. The students were then graded according to the reports submitted (60%) and oral presentations they made (40%).

Nasokol Girls School, located at Kishaunet in West Pokot County, Kenya, was declared the winner of the 2017 inaugural RCMRD Space Challenge. That team scored 85.3%, followed by St. Scholastica Catholic Primary School in Nairobi with 83% and Moi Forces Academy (Nairobi) in third with 69.6%. All the schools received a certificate of participation. In addition, RCMRD gave the judges a certificate of appreciation.

This RCMRD Space Challenge program will endeavor to showcase to the primary and secondary schools participating in the challenge the importance of data collection as well as the need for analysis and interpretation of the data collected in decision making. The Space Challenge is part of RCMRD’s strategy to engage young people within its member States.