Tanzania swears in new president after sudden death of Magufuli

Friday March 19, 2021 marked a new chapter of leadership in Tanzania as the first-ever female president, Samia Suluhu Hassan, took the oath of office. The inauguration was witnessed by members of the cabinet and former presidents at the statehouse in Dar es Salaam.

“I, Samia Suluhu Hassan, promise to be honest and obey and protect the constitution of Tanzania,” said Hassan, dressed in a black suit and red headscarf before dignitaries at a ceremony in the commercial capital, Dar es Salaam. She will serve out the remaining part of the late Magufuli's term, which ends in October 2025.

According to Tanzania’s constitution, the vice president serves out the remainder of the term of a president who dies in office. Magufuli, who was first elected in 2015, secured a second five-year term in polls in October last year. The constitution also states that after consultation with their party, the new president will propose a deputy, the choice to be confirmed by the votes of no fewer than 50 per cent of the National Assembly. 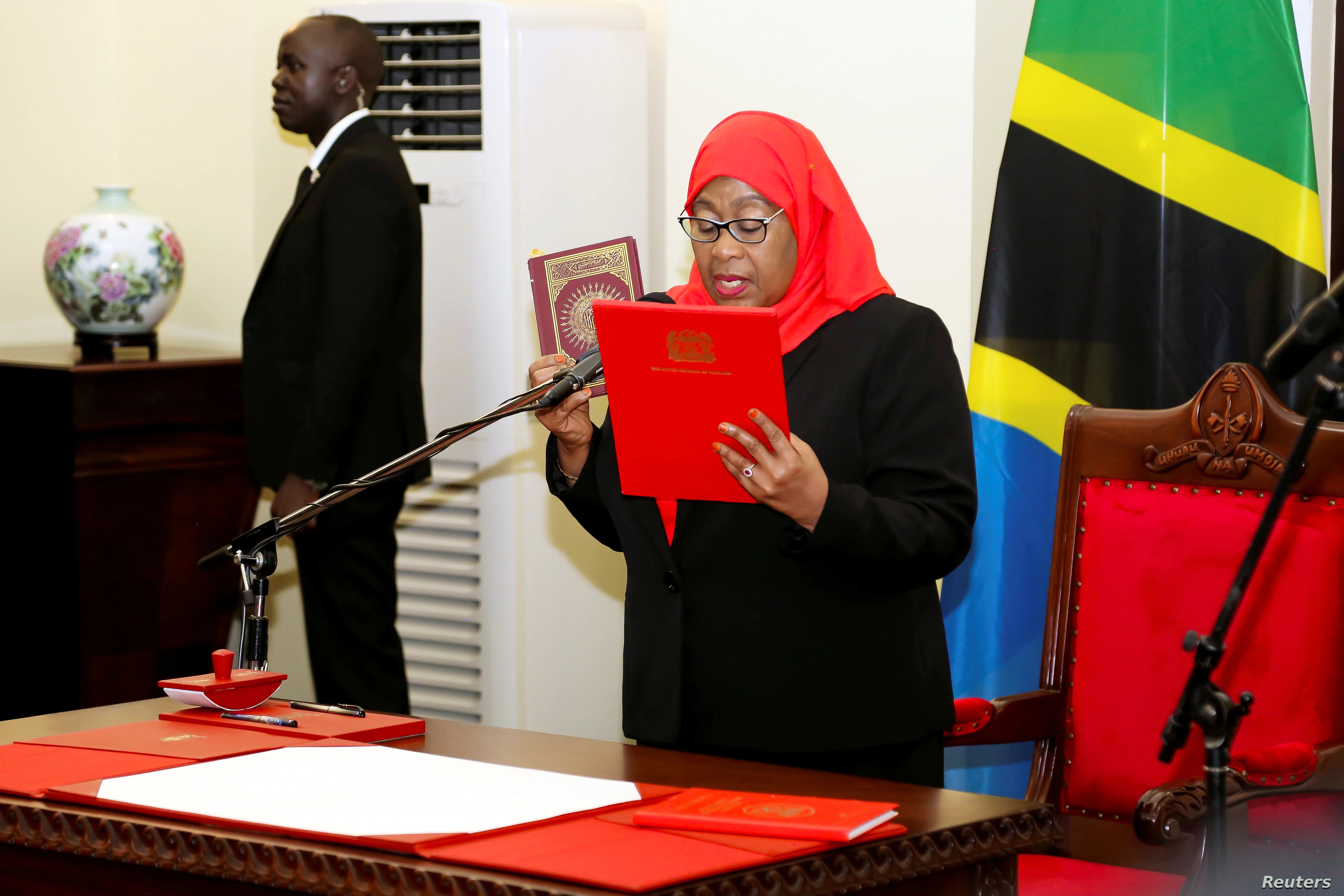 Hassan rose through the ranks over a 20-year political career from local government to the national assembly. A stalwart in the ruling Chama Cha Mapinduzi (CCM), she was named Magufuli’s running mate in the 2015 presidential campaign. The 61-year-old Hassan was Magufuli's vice president, first elected with him in 2015 and re-elected last year.

In her first public address as president, the 61-year-old leader announced 21 days of mourning for Magufuli and public holidays on March 22 and on March 25.  Magufuli died in a Dar es Salaam hospital, 20 days after his last public appearance. The late president will be buried at his home in Chato, in the northwestern region of Geita. It is here where Tanzania's fifth President will be laid to rest on March 26, nine days after his death that occurred on March 17, 2021 at Mzena Hospital in Dar es Salaam.