The first of a series of tethys Platform Training took place at RCMRD between February 24 and 28, 2020. Tethys Platform is an open source framework for developing web-based applications for Earth Observation data. Participants noted that Tethys significantly lowers the barrier for cloud-based app development, simplifies the process of accessing scalable distributed cloud computing resources and leverages additional software for data and computation. According to Dr. Nathan Swain the Lead Trainer, Tethys is a platform that can be used to develop and host environmental web apps. It includes a suite of free and open source software (FOSS) that has been carefully selected to address the unique development needs of environmental web apps. Tethys web apps are developed using a Python software development kit (SDK) which includes programmatic links to each software component. Tethys Platform is powered by the Django Python web framework giving it a solid web foundation with excellent security and performance. Refer to the Features article for an overview of the features of Tethys Platform. 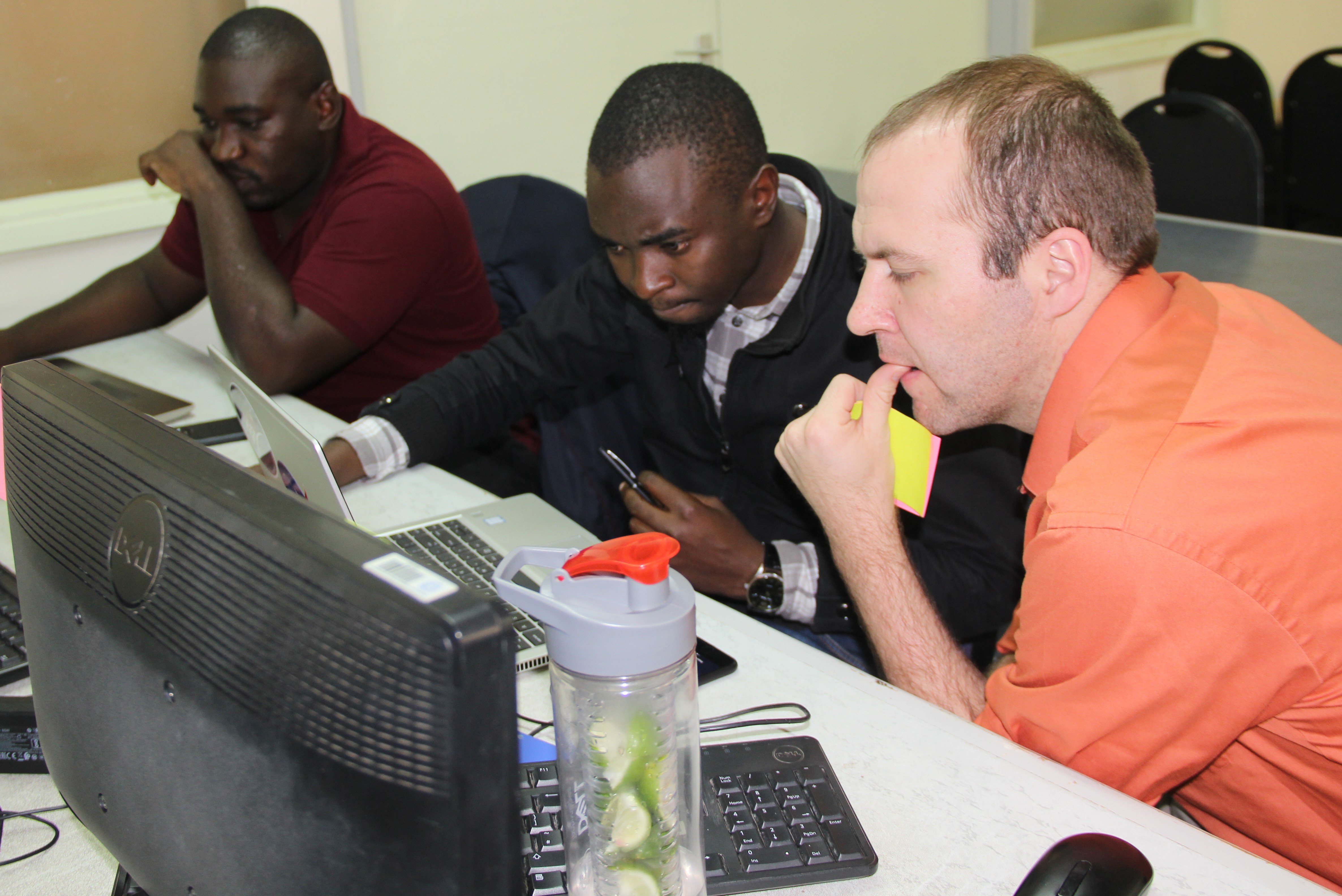 The training was delivered by Nathan Swain Ph.D. from Utah, USA. Dr. Swain is a Project Engineer for Aquaveo, where he develops commercial applications using Tethys Platform. He is also one of the lead developers of Tethys Platform and the Chair of the Tethys Platform Project Steering Committee. The training consisted of four days of hands-on, guided tutorials and a one-day working session. The tutorials were focused on using Google Earth Engine and THREDDS in Tethys applications, but also covered a variety of core Tethys skills. The working session day allowed participants to ask questions and receive training related to their own Tethys projects.

Expected outcomes for participants included learning: (1) best practices for developing web applications using Tethys Platform, (2) how to visualize datasets and use computational tools hosted on Google Earth Engine in Tethys Applications and (3) how to visualize time-varying gridded datasets hosted on THREDDS Data Servers in Tethys Applications. In addition, participants were able to receive guidance on their own Tethys projects from one of the lead developers of Tethys Platform. 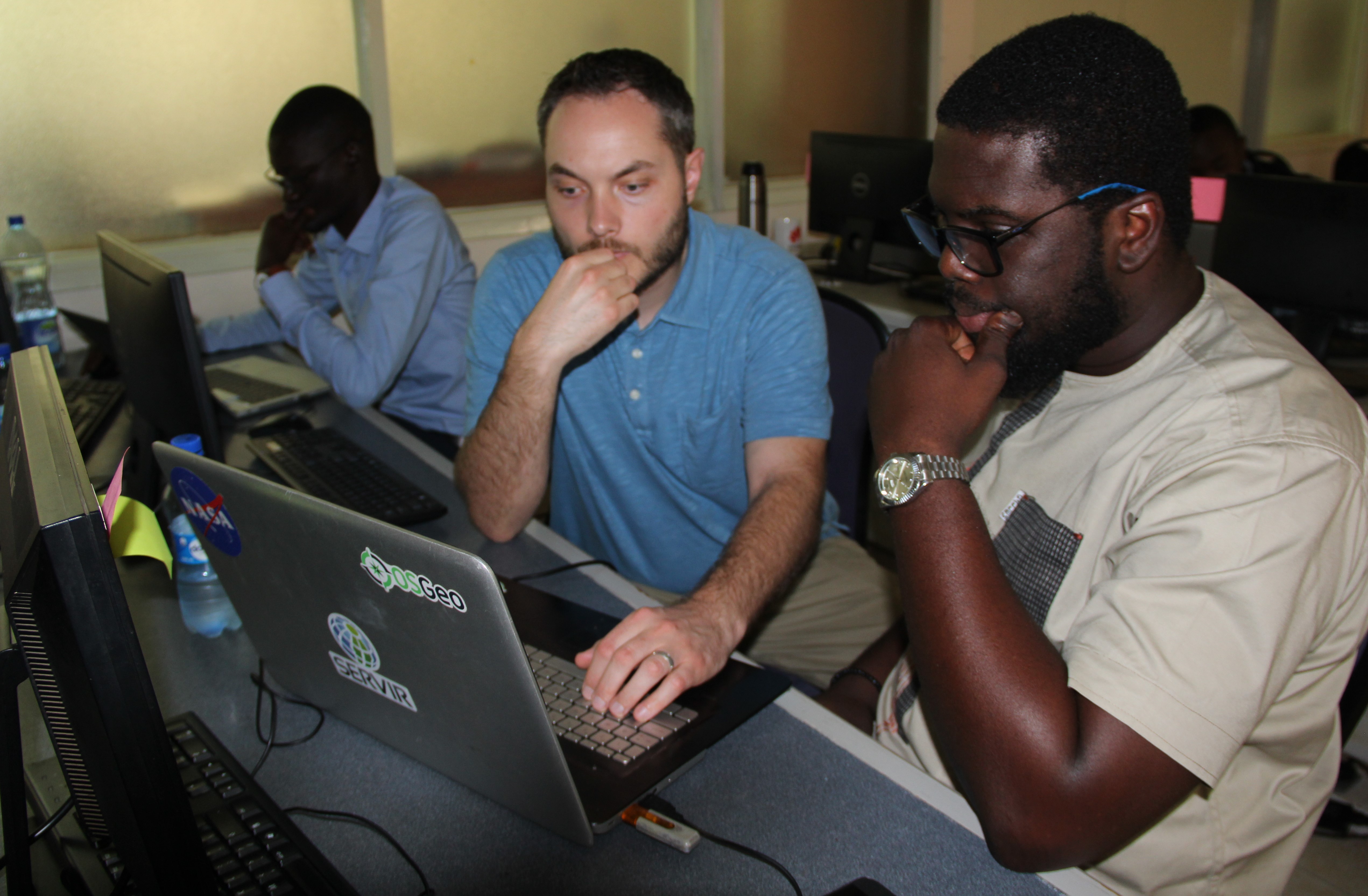 Participants learnt that Tethys web apps are built using a Python-powered Software Development Kit. In addition to the tools provided by Tethys, you can incorporate any Python module that your app needs to work with your models and data. Tethys is a public online knowledge management system that was developed in 2009. Content relevant to the environmental effects of wind and marine renewable energy is regularly added, making Tethys the most comprehensive database in the field. New features are regularly added to expand the scope and reach of the website to an international audience. To provide some transparency, the Tethys team generated a fact sheet that provides statistics on the amount of usage and content.  Training participants were drawn from SERVIR Hubs including: ICIMOD (SERVIR HKH); SERVIR Amazonia (ACCA and CIAT), SERVIR West Africa (CERSGIS and CSE), Science Coordination Office NASA (SCO), RCMRD (Servir Eastern and Southern Africa) Jomo Kenyatta University of Agriculture and Technology (JKUAT); Technical University of Kenya, LocateIT, Nexus Tech and Tana River County Government.