Why SAR? Training For Rwanda

Environmental monitoring and earth-resource mapping systems require broad-area imaging at high resolutions. Often, this imagery must be acquired during inclement weather. Synthetic Aperture Radar (SAR) provides such a capability. SAR systems take advantage of the long-range propagation characteristics of radar signals and the complex information processing capability of modern digital electronics to provide high resolution imagery. SAR complements photographic and other optical imaging capabilities because it is not limited by the time of day or atmospheric conditions and because of the unique responses of terrain and cultural targets to radar frequencies.

The Regional Centre for Mapping of Resources for Development (RCMRD), through the SERVIR Eastern and Southern Africa project (SERVIR-E&SA) conducted a training aimed at demystifying the benefits of Synthetic-Aperture Radar (SAR) data and providing application-based training from June 7 to 11, 2021 in Kigali,Rwanda. The training titled, "Harnessing Synthetic Aperture Radar (SAR) data in supporting all Weather response to development challenges," had 12 participants and focused on introduction to SAR and Accessing SAR Data and SAR Resources, processing SAR data- Practical’s, training on Using SAR for Flood Mapping, Using SAR for Deforestation and Degradation Mappingand using SAR for Biomass Estimation.

At the week-long training in Kigali, the participants were trained on the characteristics of SAR, how they could access data and the specific application areas of interest.  On the pretraining survey questions, it emerged that none the participants had ever worked with SAR imagery before. This was noted as a gap in the region that RCMRD could easily leverage on. At the end of the training, the facilitators were able to capture at least 90 percent of what RCMRD had envisaged and the other 10% was to be done as take away by the participants. The RCMRD staff also formed a WhatsApp group to continue providing technical support required for the next one-month post training. There were still many areas within the SAR Handbook that needed to be explored. A SERVIR/SilvaCarbon effort that created a resource that would be utilised in SAR training and which the SAR training leveraged on.  The participants also indicated great appreciation of the training and knowledge gained. 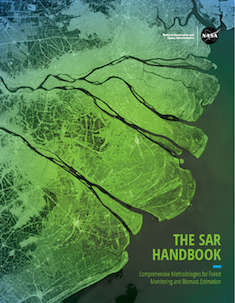 According to the briefing background by RCMRD faciltators Phoebe Oduor and Edward Ouko, SAR data has been underutilized in the region yet the obstacles that were present before have mostly been broken. They said there was immense data that is open access, and open-source tools that is now available for processing. Citing the example of GEO week 2019, where Japan announced that the Japan Aerospace Exploration Agency (JAXA) would provide free and open access to their L-band Radar satellites, such as ALOS (ALOS/AVINIR-2, PALSAR) and ALOS-2 (ALOS-2/ScanSAR). Sentinel 1B C-band has been free since its launch. Tools such as R and Python have made it possible to process bulk data. Whereas, the utility of optical data is grand, there are gaps especially in extracting information in cloud prone areas.

At the same time RCMRD had a side meeting with the Rwanda Space Agency on June 11. The Chief Strategy Officer Joseph Abakunda and Georges Kwizera, the Chief Technology Officer represented Rwanda Space Agency while RCMRD had Edward Ouko and Phoebe Oduor. They indicated their interest to have an MOU with RCMRD to provide such guidance. On mechanisms for setting up a National Spatial Data Infrastructure in ways that do not take over existing institutional mandates but still provide guidance on space operations in the country in all the sectors of the economy. They prioritised two key sectors: Agriculture and Disaster Risk Reduction and Mining as a subsector. The discussions devolved into these two sectors and the kind of support RCMRD has provided regionally including Crop Monitors, Flood Mapping, Stream flow forecasting, Environmental impacts of mines and the partnerships that RCMRD has that the RSA can leverage, networks with SERVIR, GMES &Africa, Digital Earth Africa, AGRA, AfriGEO and GEO just to mention, and the areas we were working on with each partner.

The Rwanda Space Agency (RSA) was officially launched in July 2020. RSA already launched a first satellite in 2019 in partnership with JAXA. As a new agency, they require all the support from established and renown EO partners. They indicated their interest to have an MOU with RCMRD to provide such guidance. On mechanisms for setting up a National Spatial Data Infrastructure in ways that does not take over existing institutional mandates but still providing guidance on space operations in the country in all the sectors of the economy. For a start, they want to prioritise 2 key sectors: Agriculture and Disaster Risk Reduction and Mining as a subsector. The discussion devolved into these two sectors and the kind of support RCMRD has provided regional including Crop Monitors, Flood Mapping, Stream flow forecasting, Environmental impacts of mines etc. and the partnerships that RCMRD has that the RSA can leverage, networks with SERVIR, GMES &Africa, Digital Earth Africa, AGRA, AfriGEO and GEO and the areas we are working on with each partner.

The RSA noted that their current pressing need was the Volcano eruption in DRC that had triggered their disaster response is understanding how this was affecting Rwanda, from the socio-economic side of things to the environmental impacts. The eruption caused an underground fault line to develop towards Rwanda where the larva flow had been following. The need to monitor this using SAR data that had the capability for underground monitoring that was very essential. They were working with a consultant, Franz Meyers, from the Alaska Satellite facility. Franz was one of the SAR experts who the SERVIR Project worked with in developing the SAR handbook. Franz and his team were accessing InSAR data to monitor the location and extent of the damage and providing this to the RSA. Going forward, RSA would like to work with RCMRD to build SAR skills for their staff for this and other application areas that they may be interested in. The second pressing need was to provide advisory services on the pathway for setting up their operations. It was agreed to have a virtual call where RCMRD would get to understand RSA better.